Description of Experiment
a. Researcher asked participants to solve the Candle Problem: 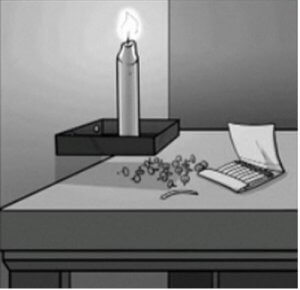 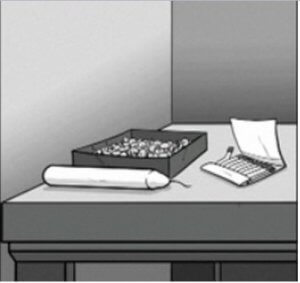 The idea is to overcome what is called ‘Functional Fixedness’ – a cognitive bias that limits a person to using an object only in the way it is traditionally used or presented to him.  In this case, looking at the box not only as a receptacle for the tacks, but also as a platform for the candle
b. Participants were divided into 2 groups:
Group A. was told the researcher is timing their work to establish how long it should take people to solve this problem.
Group B. was offered $5 (= $36 in 2010) reward if the participant’s time was amongst the fastest 25% and $20 (= $145 in 2010) if the participant was the fastest of all.
c. On average, it took Group B. participants 3.5 minutes longer to solve the problem.
d. The researcher repeated the experiment, using a variation of the Candle Problem that is easier and does not create the ‘Functional Fixedness’; it looked like this: 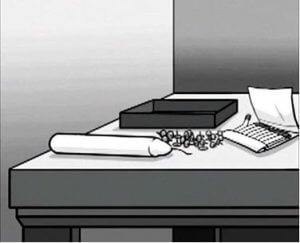 e. In this instance, Group B. solved the problem faster.

Conclusions
Higher monetary incentive narrow people’s focus and damaging their creativity.
When the need for creativity (to overcome the function fixedness) was removed, incentives did improve performance.